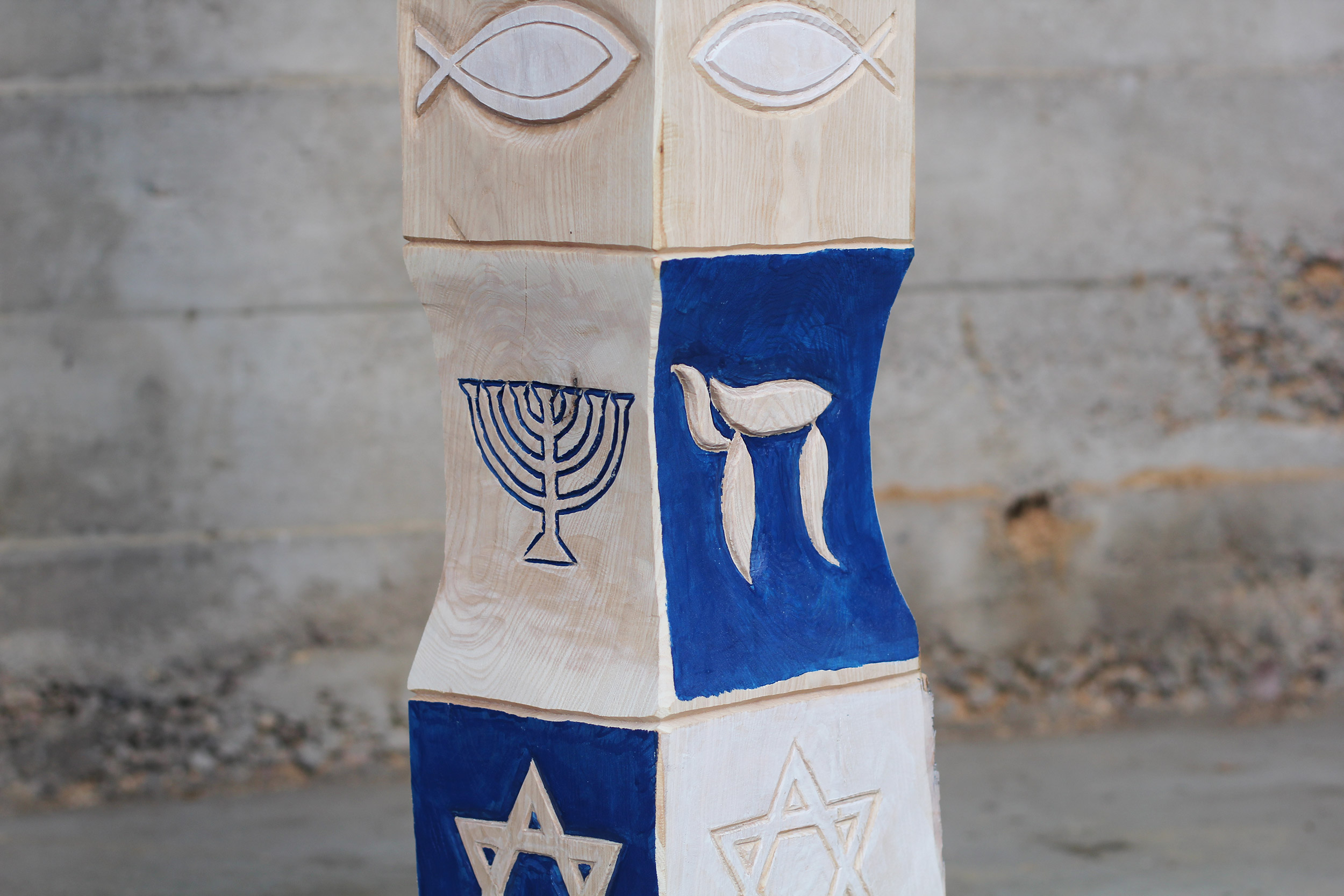 For ethnic peoples, the totem is a symbol of the relationship between groups or tribes and a certain natural phenomenon. The column is based on it. The olive tree stands for the people of Israel, carried by the fish as a symbol of fertility as well as the chai and the menorah – standing for life and creation. Miriam's protective hand is above the tree. The upper end, above everything else, is the Torah – a kind of set of rules for living according to the Jewish faith. The color blue of the sky stands for God, faith and revelation in Judaism, white means purity and holiness – the colors of the Israeli flag. 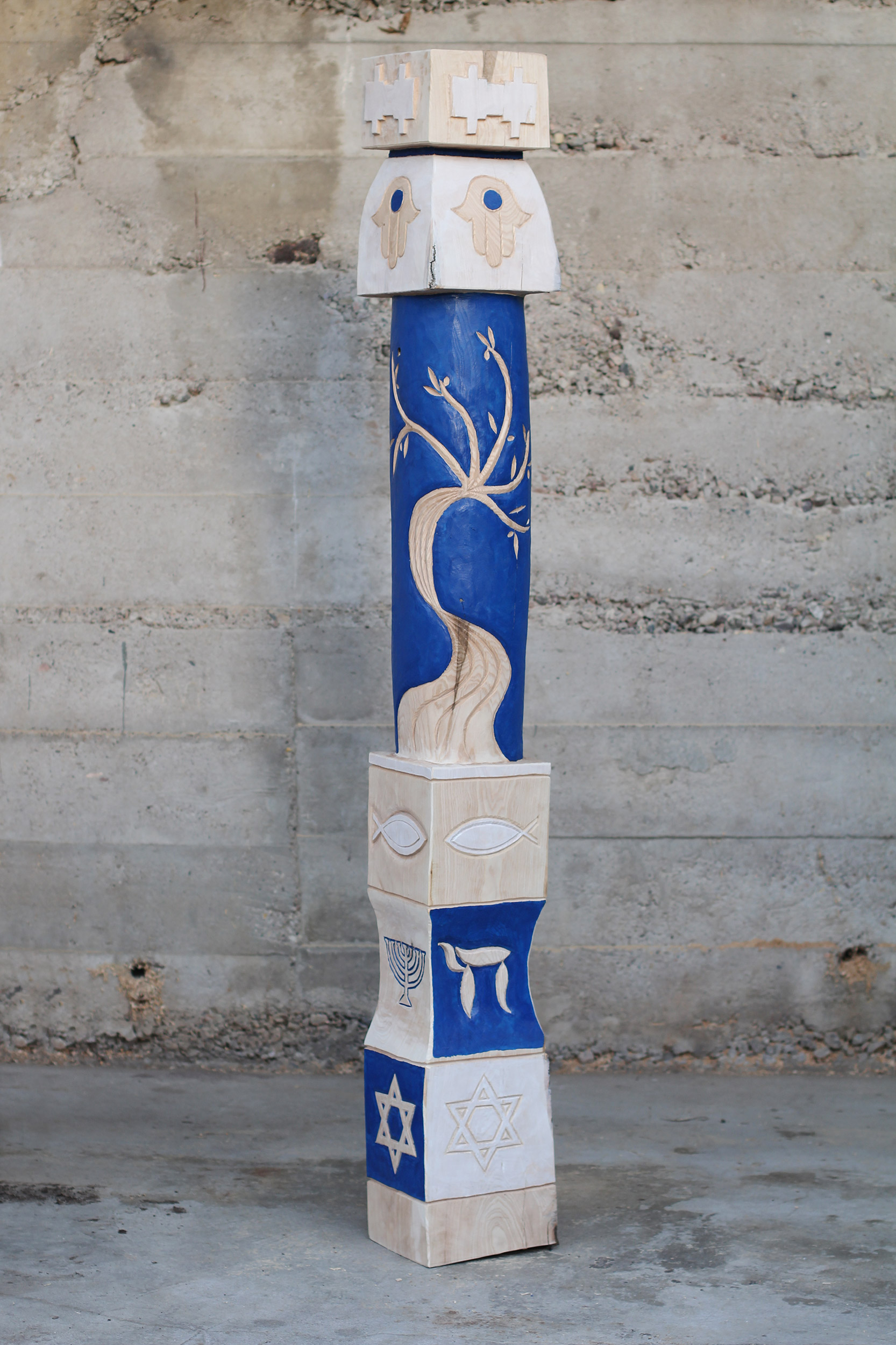 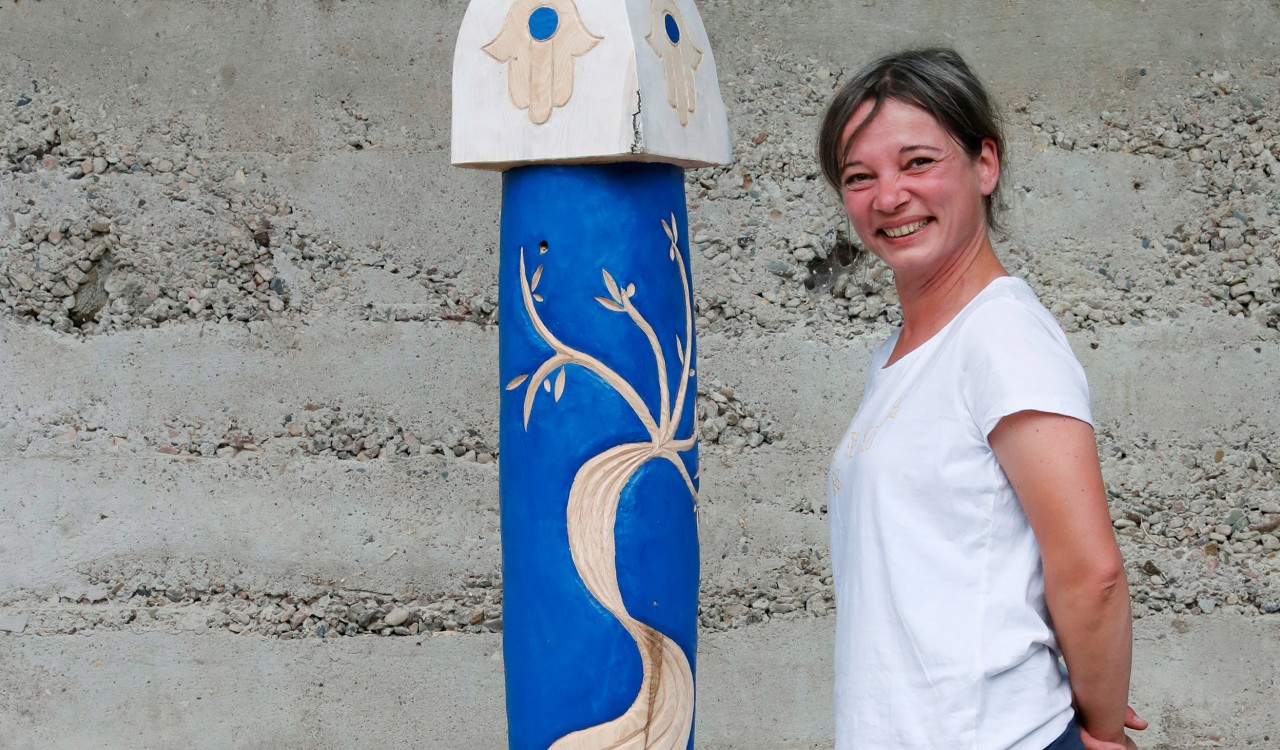 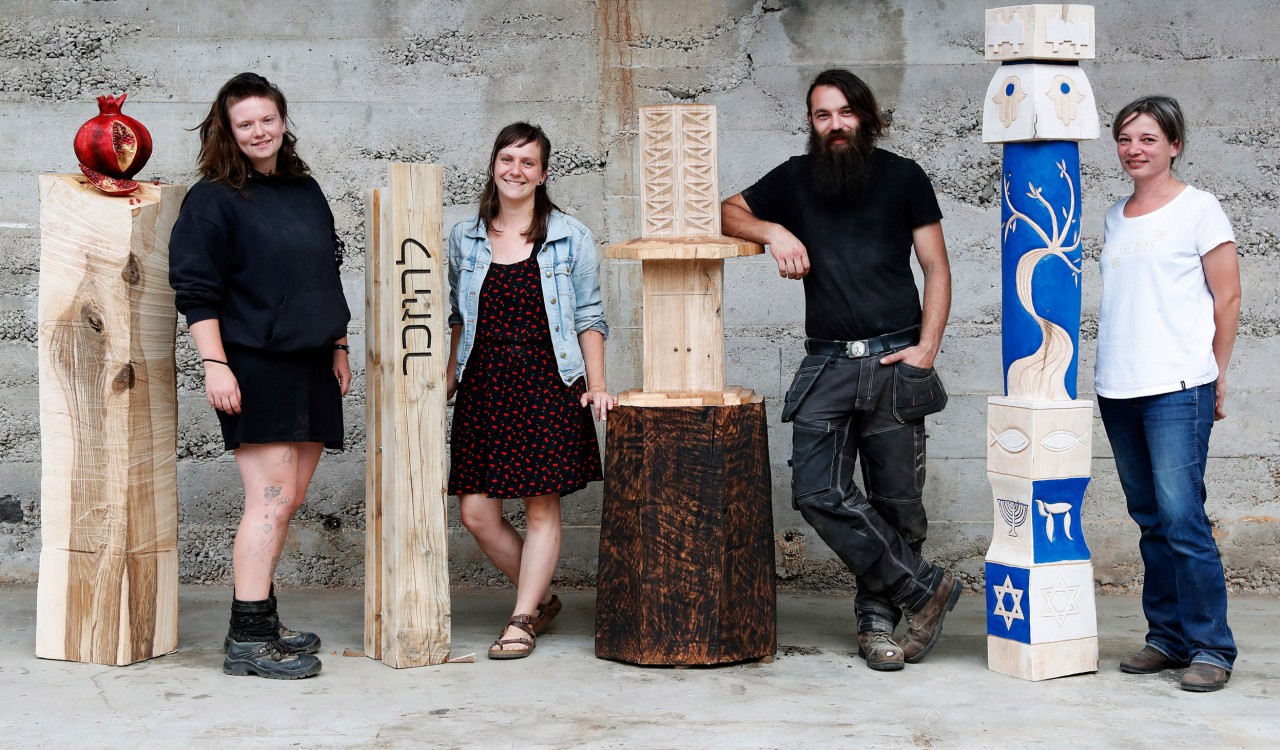 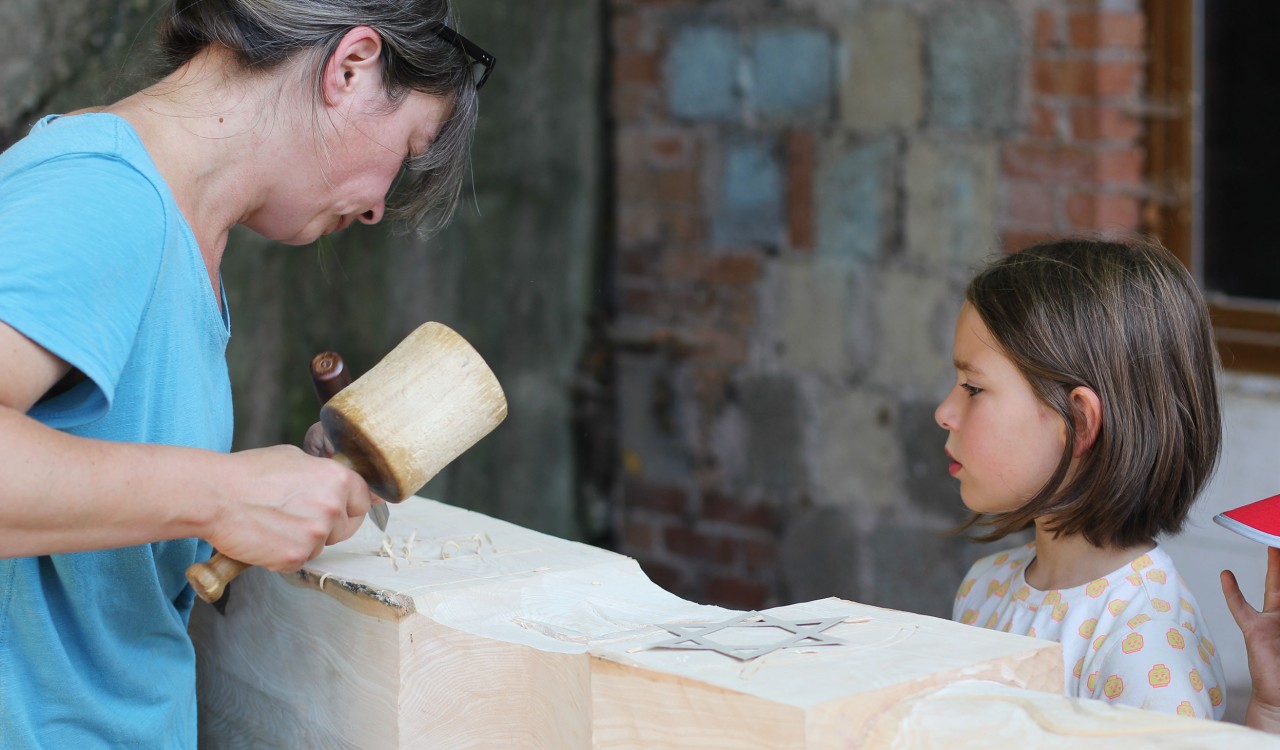 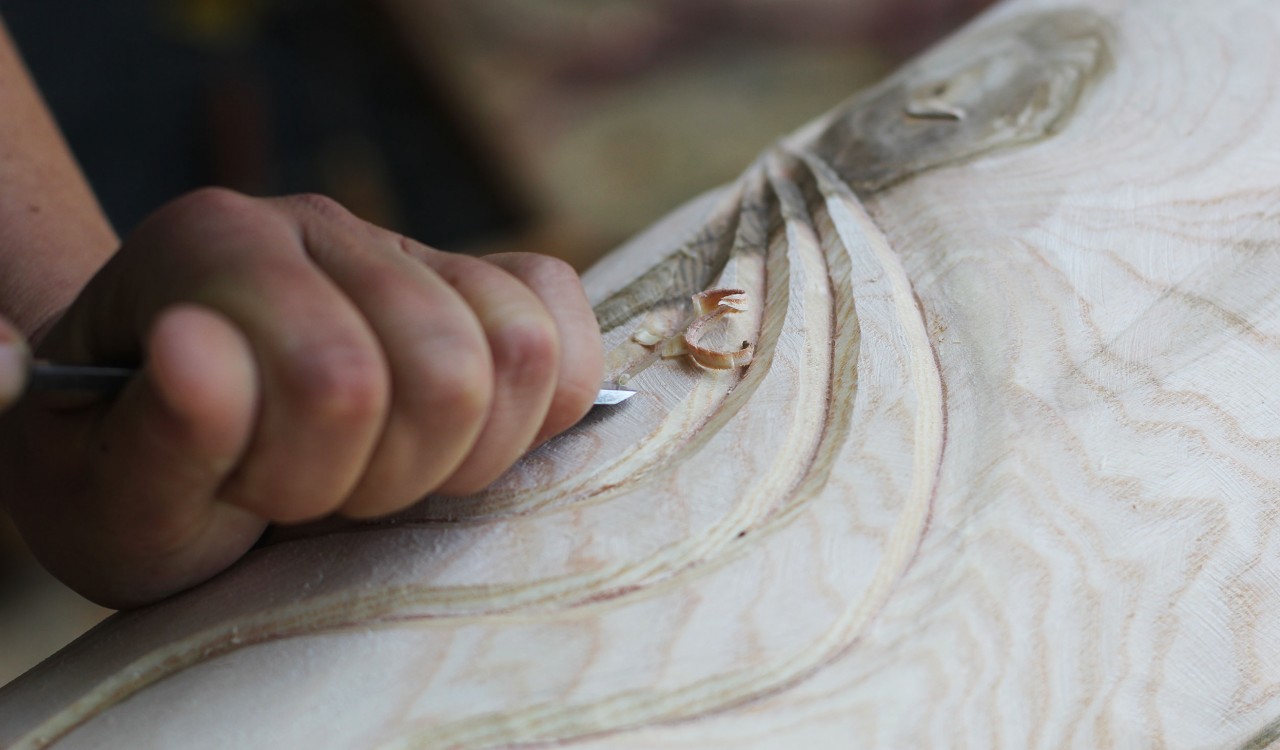 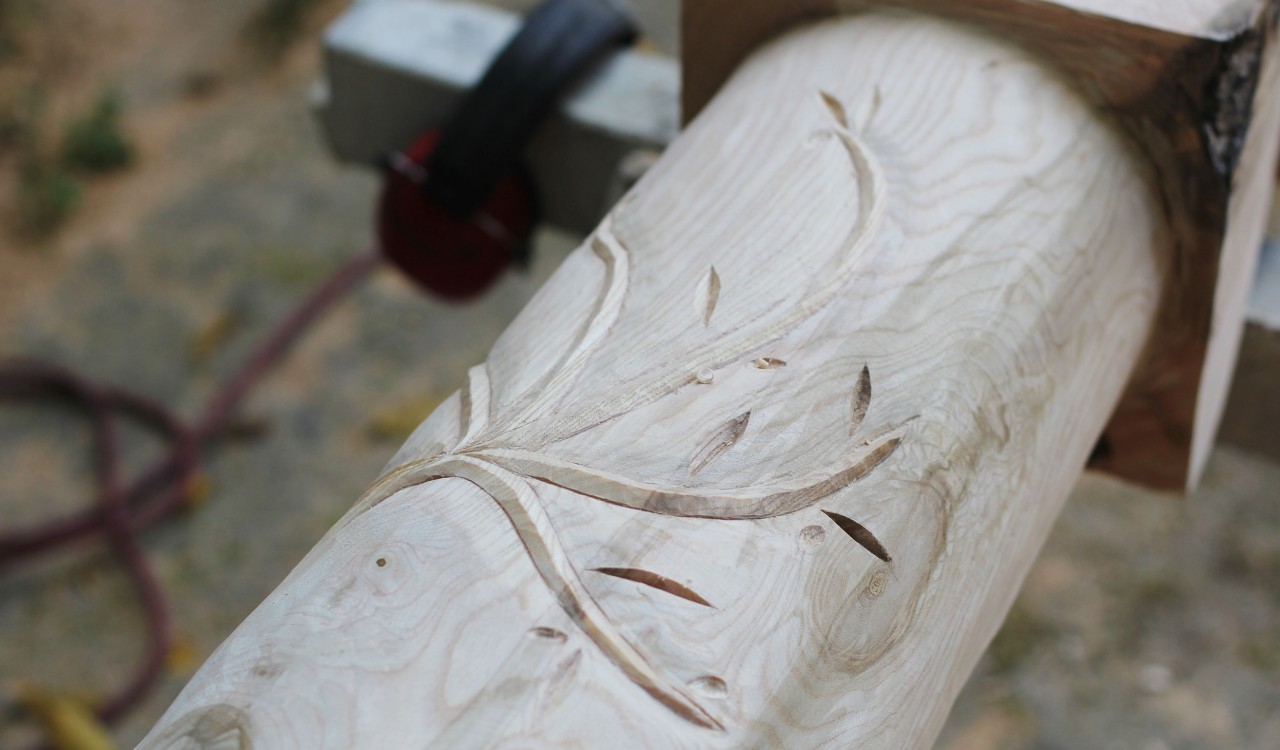