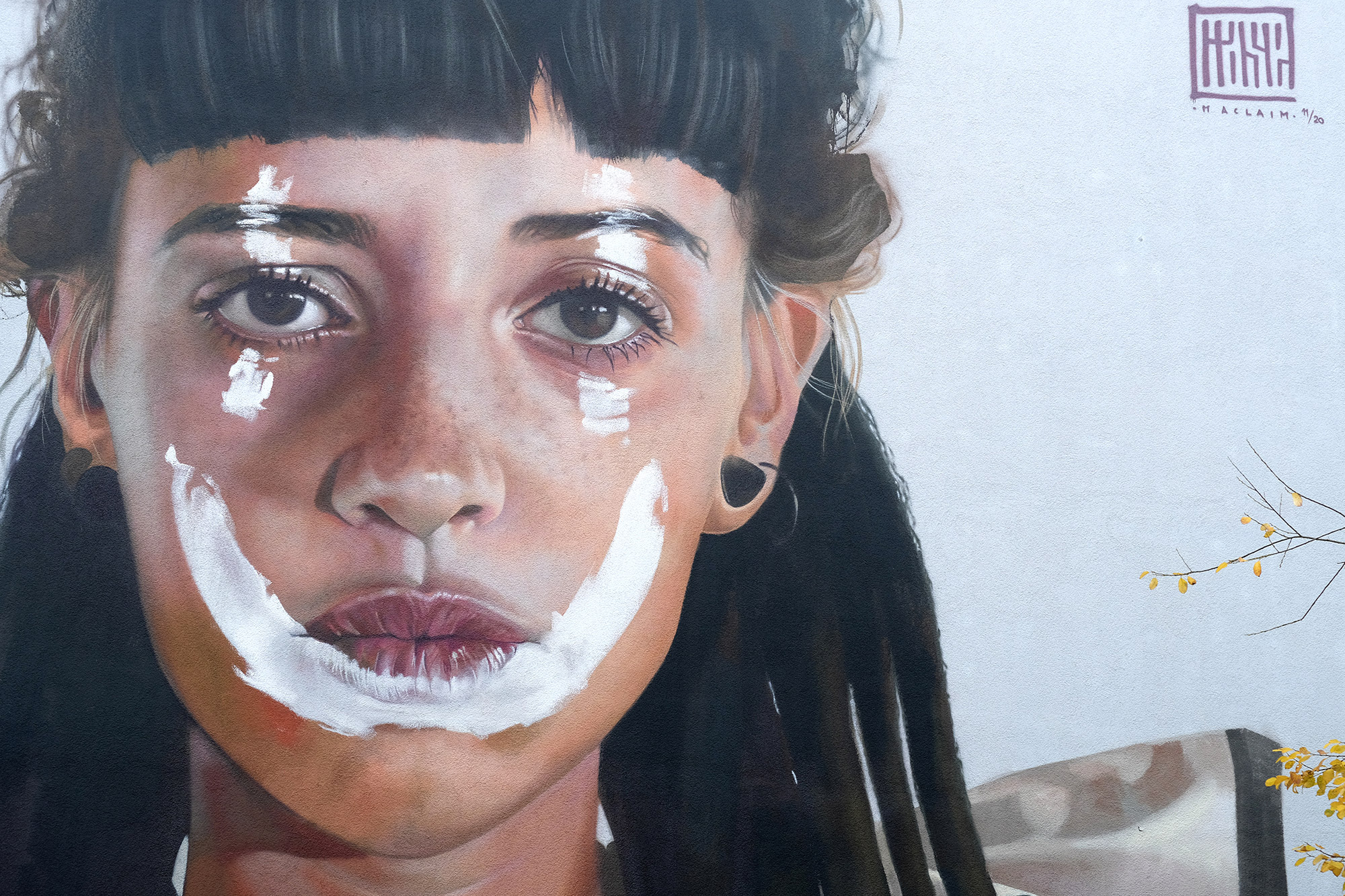 The Day The Clown Cried

The image "The day the clown cried" by case_maclaim (Andreas von Chrzanowski) was created as part of the project „Gegen das Vergessen“ (Engl. against forgetting) as part of the theme year 1700 Years of Jewish Life in Germany and 900 Years of Jewish Life in Thuringia.
With the title of his work, CASE quotes the unpublished film by Jerry Lewis who attempted to tell the story of a clown in a concentration camp in 1972.
The work of art is intended to point out the ambivalent relationship between the seriousness of the Holocaust and the handling of positive, albeit tragic, stories of the time. 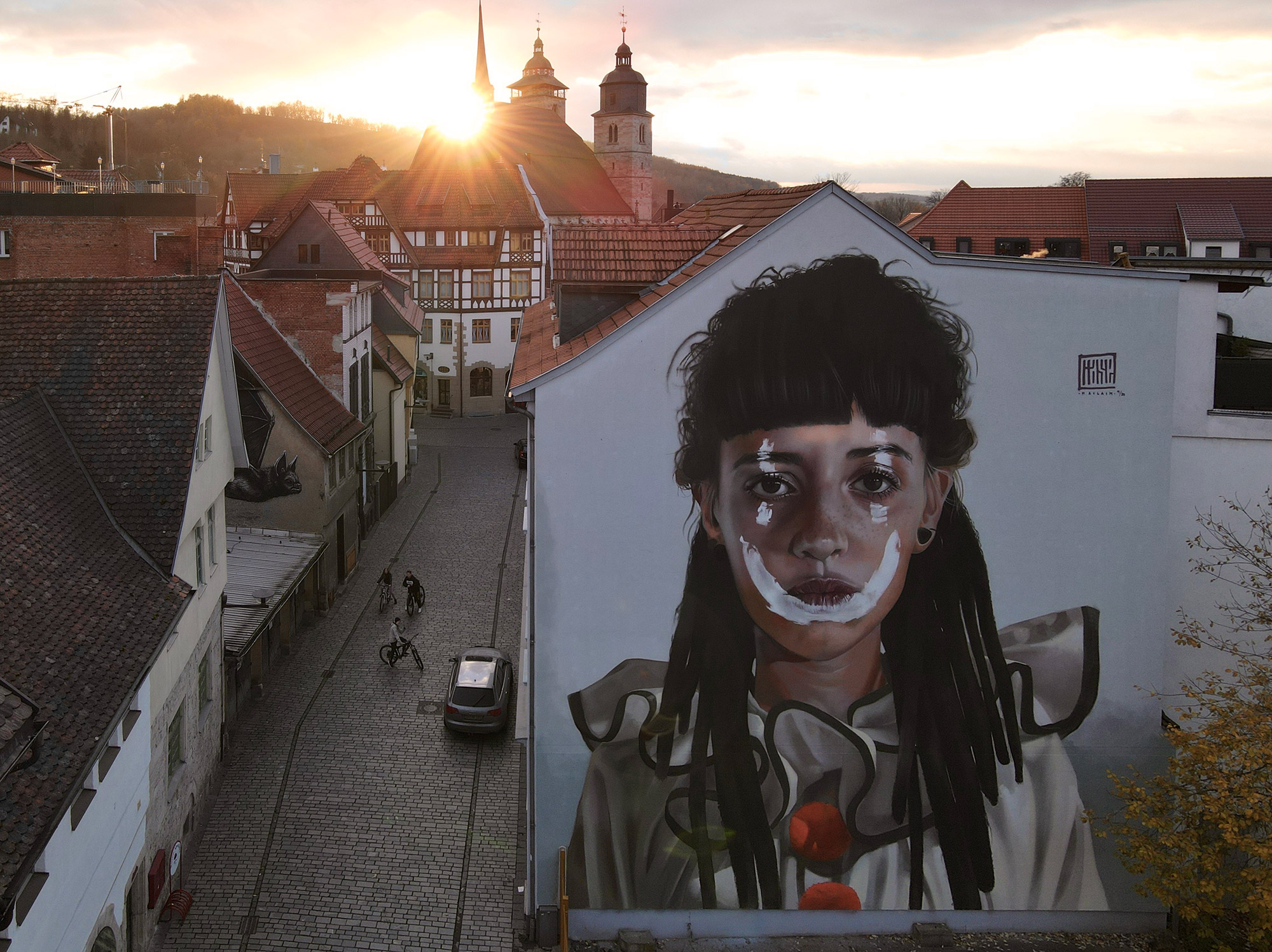 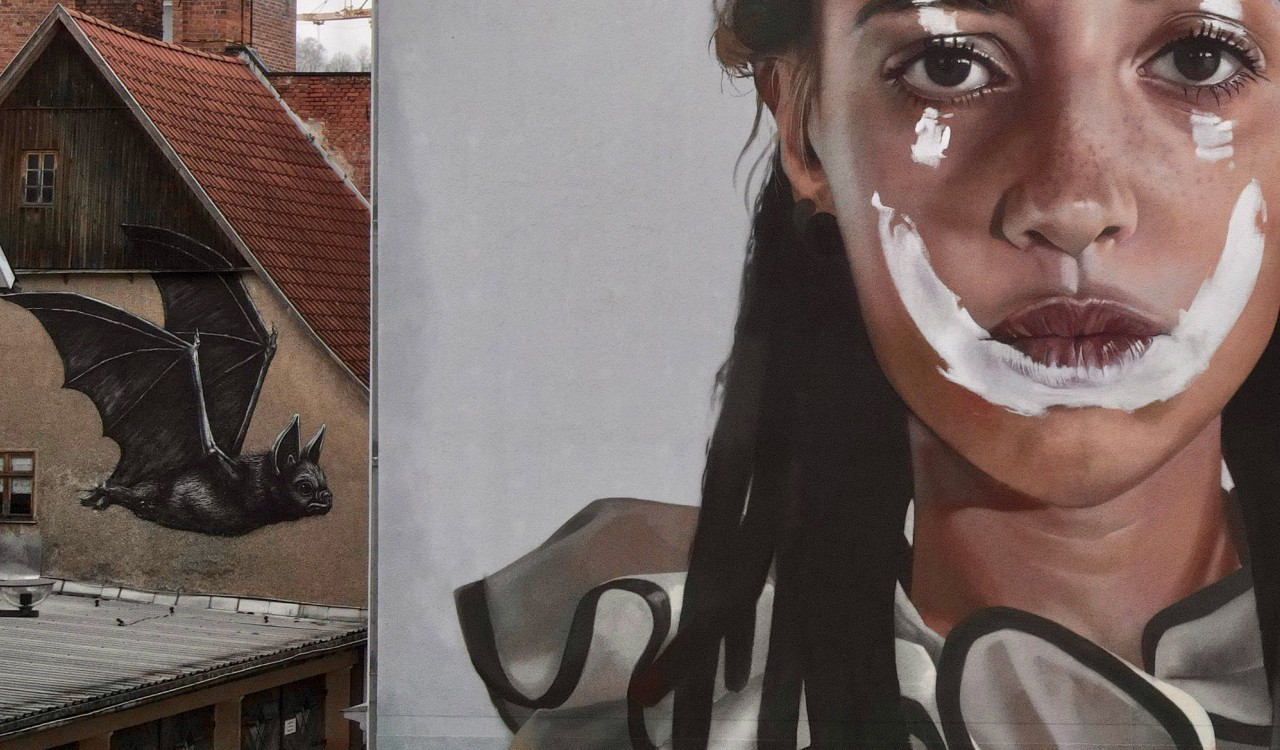 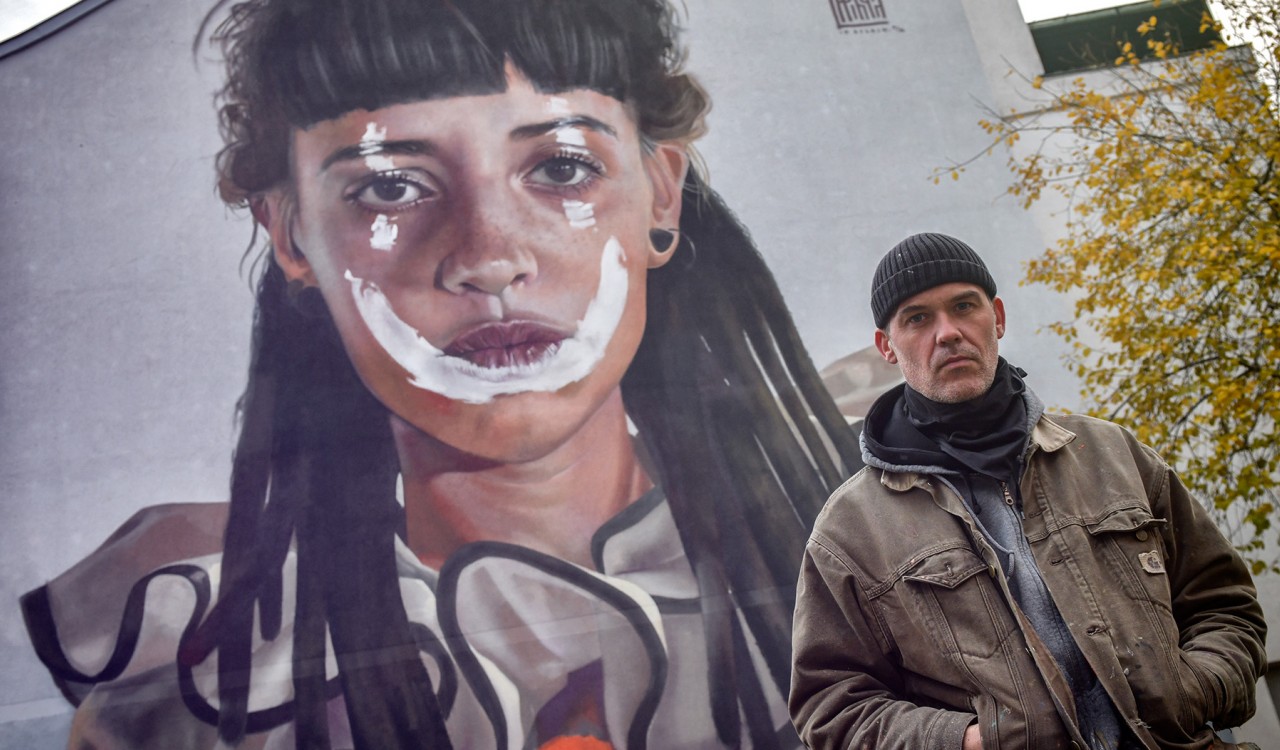 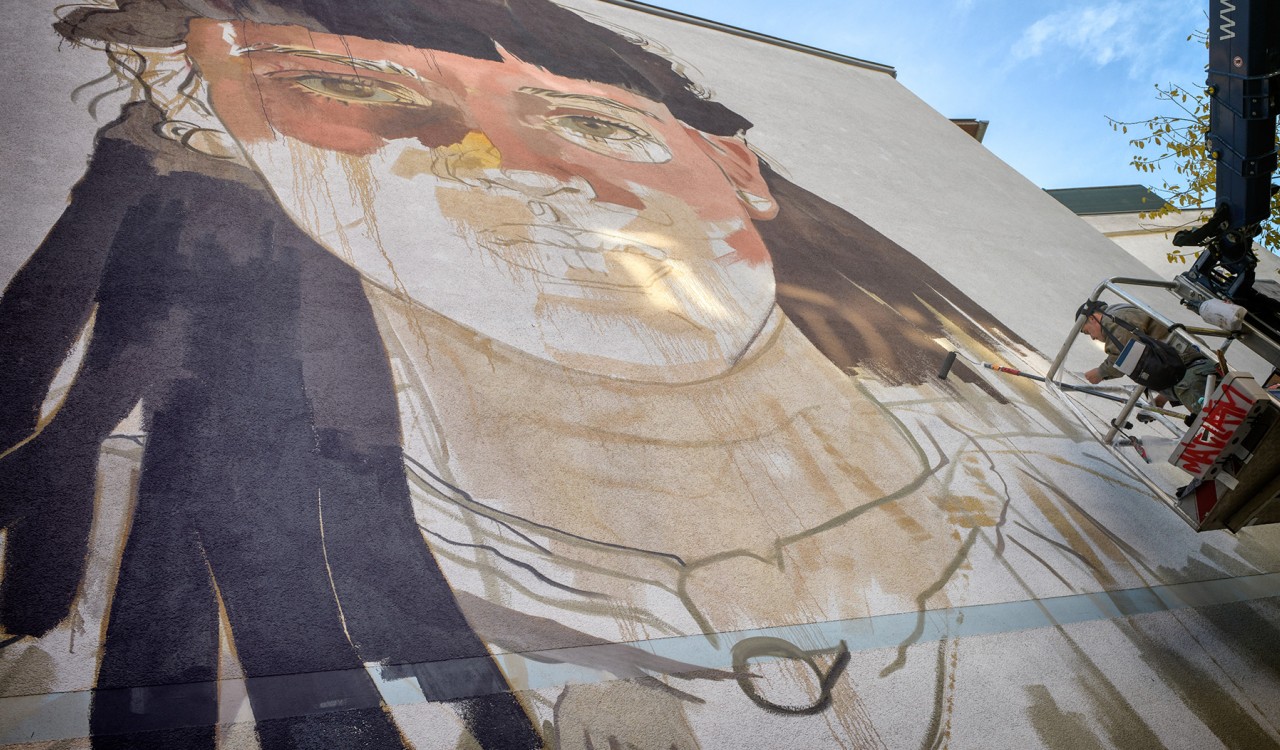